BEFORE WORK THIS MORNING.. 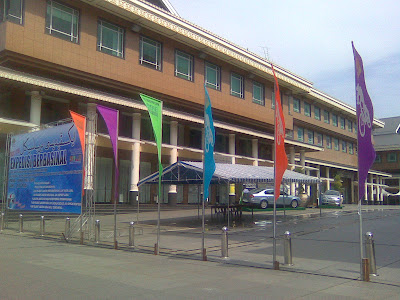 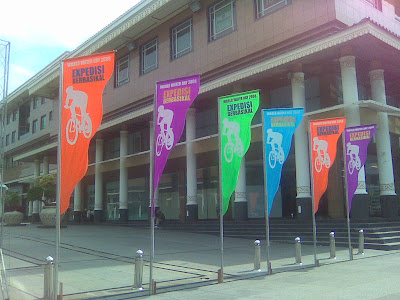 I went round Bandar and i saw this. One of this day i want to try cycling di Stadium kali. But not the super laju one. Just normal one saja. First, need to get bicycle for me and Luqman too. I think he would probably enjoy it too... I want to have an activity with him. Now that he has grown up to be a big boy, i want to do something we both like... ha5..
Ps. that i need to ask him dulu lah. Once he ever told me that he wanted to ride his own bike when he turn 18. Well i said, i am not going to say NO but i said to him, you can but you buy your own bike. And if you want to buy a good reasonable bike, then you need to save up.
So, both were calculating and he got to save up at least 50% of his spending money and then save up whatever he have. And he agreed. I am not going to buy him a car, i am not going to buy him a bike. I will let him get his own car or his own bike. So i know, that's the time his is ready to be responsible and incharge of his life. I will always be there to guide him.
Posted by zura at 11:19 PM