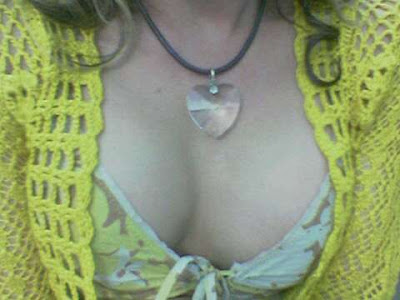 He change. and become She. (CUP B)

My oh my.. i met my fren yesterday when i went to the mall and he changed a lot. Amazing.. i was only gone i guess not even two months and the last time i met him before i went off to Los Angeles. I thought i got to see it on TV but hey, this is real.
He said he had it done in Manila for B$5000.00 and the surgery done in two hours and the after surgery recovery about 6 hours. Wow... That was fast. He took his holiday for two weeks, and when i met him was exactly two months. The doctor insert the silicon under arm. So he show his nipples and his scars. He said it wasn't that painful. But just a bit uncomfortable. He doesn't have the muscle to support the silicon. So he was not used to it. Amazing. I got to feel his breast. FIRM... I asked him what type? I asked him if he chose the gummy bear silicon? He said yes. I talked to him a while. Just wanting to know how his experience was. Very interesting.
I read a lot on health magazine about breast implant. Watched TV too. And i tell you, its looks simple. Some have smaller breast wants to have a cup bigger. But the greedy ones wants to have two or three cups bigger. Well, do a lot research first if you plan to do it. I heard a lot not liking having breast implants after they did it. But i guess some like em. But how long?
Unless you have a droopy breast, or flat chested, or just abnormal. But when you have a normal one, you better just be thankful and appreciate with what you have. Implants are not as natural as yours one. To married woman, some have really not so good looking breasts no more. You know lah.. after giving birth. Too many commitment. Ia jua the baby, ia jua the daddy.. ....... (he.e.e.e....jgn mare eh).... So sometimes it looks not as good as before you give birth. And if that affect you mentally, talk to your hubby about it. If he is ok and pleased with the way you are, then you are fine. But if you have hubby who loves breasts... well and yours not as what he dream of, then do something about it. Again, talk to him... Get a solution ah... jangan pasal boobies... cerai berai... ada toh!!
Ok, sambong lagi my story about my friend ani, so this is how he look like now. I was amazed and happy for him. To me, a fren like him which i have a lot, i respect them all. A lot have not been accepted by society here but how can you help them. Some men i know just want to be woman. But not just want to be.. its them feeling like they are a woman. So who to blame? And some woman want to become men. When i was in the States, i watched this Health Channel. And the woman want to become men. But she have breasts. Did you know how she cover up her breast just want to look like a man?
Well, she wrap her breasts part with the, you know the one i used to wrap my tummy with to make em flat. Like sort of "barut" but yang sudah modern. Ha..ha.. ryte now i couldn't find the word... so i use barut lah ah... So that's what she wrap herself with. And if you see that woman, you would think that she is a man. And you know what she did? Unlike the woman who have no breasts, or smaller breast would like to do implants. But this woman want to remove the breast. And finally she did. And she was happy that she is a man now.
When i met my fren, he totally change (yeah zura.. of course lah.. obvious jua kan.) And i terkenang all my frens yang senasib like him. Sometimes life is not fair. Its not that they want to be like that, but i believe the naluri too strong. So, entah ah.... To me they are better frens than anyone. Like saying hi and bye fren. To tell you the truth i have a lot like them. After all we are all humans. Who do you want to blame. But remember, when you met this type of people, please..please don't laugh or say words yang bad. Because you know why?
Well, i believe Allah always memberi balasan yang lebih dari yang you buat. So you know what i mean. If you don't like them pun, just ignore it. OK. Just a tip. Whatever we do, we do not know what's going to happen to us next.
PS. HI JEN. YOU LOOK GREAT. AND HOPE YOU ARE HAPPY. (if you don't know him, well, first impression sure you think he is She... serious. I known him for more than 15 years. Imagine... By the way, i told him i am going to post this picture on my blog - and he said OK. Thanks Jen.)
Posted by zura at 9:43 PM